The DJI Ronin has some some fantastic features: it is quick to set up, it can be operated in three diferent modes, it is really well priced for what it can do, however, it does have one disadvantage, it is a little on the heavy side.  Much of this weight is from the large motors which are strong enough to control fairly heavy cameras up to 7.25 kg or 16lbs.  If you have a camera that is lighter than this, you may not need all of this power. 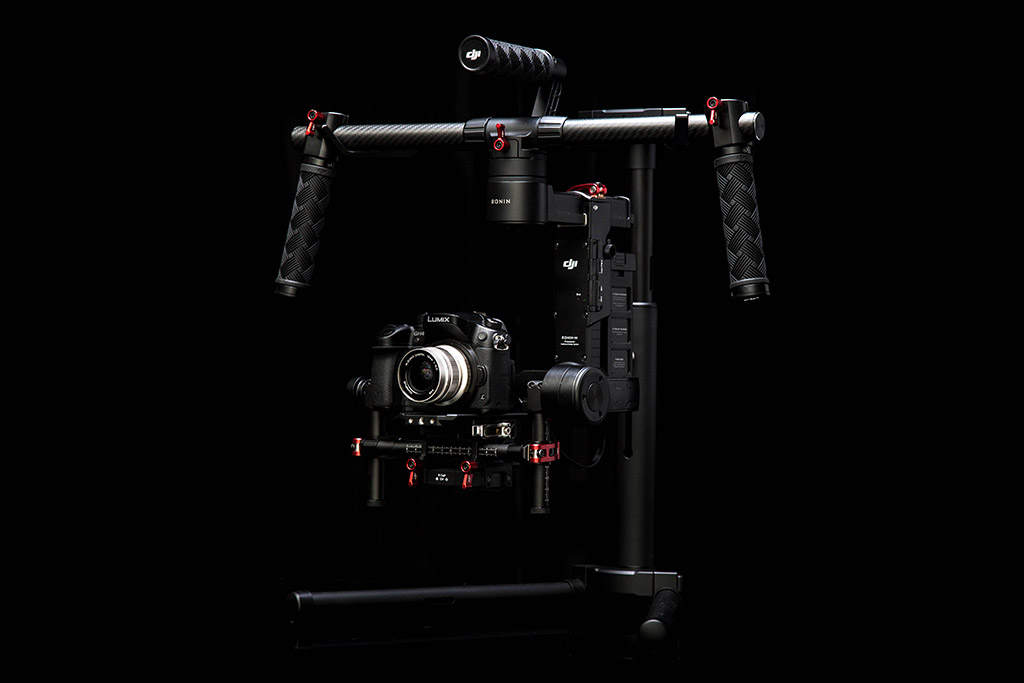 DJI have released the Ronin M, a smaller model of the Ronin, designed to carry cameras up to 3.6kg or 8lbs.  The pay off is the Ronin M is half the weight of the Ronin, meaning you can hold it for much much longer.

The big question for me is will it hold a stripped down C300.  A Canon C300 stripped down is going to weigh around 2-3kg with an EF lens so it should be within the Ronin M limit.  On the official DJI page the C300 is not listed on the cameras that the Ronin M will carry (only much smaller DSLRS etc are).  However, when Dan Chung at News Shooter asked the DJI manufacturers, they suggested it was possible, but had't tried this out.  I have called up a couple of distributors in the UK: CVP and Videogear in the hope that they had been able to try it out.  However, as yet they haven't even been sent a test model.  The DJI M should arrive in the UK in a 3 or 4 weeks (mid June 2015) and at this point I'd be interested to know if you could put a C300 on it.  There are models of the Ronin M kicking about in the USA, but I haven't seen any with a C300 attached yet.

UPDATE:  After a bit of digging around, look what I found, on Instagram of all places: 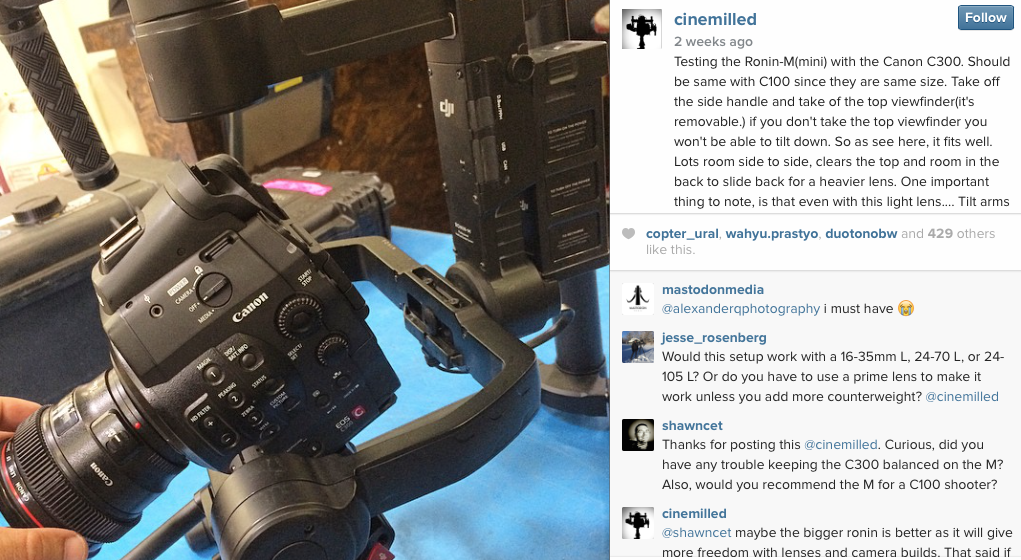 So it looks like the C300 will fit on a Ronin M!! Exciting stuff (for me anyway).  The company who posted this, Cinemilled make all sorts of interesting camera accessories.  They did say that the tilt bars were at max extension, despite only have a light lens on (I think that looks like a 35mm).  However, they make tilt extension bars, which I am guessing would allow you to use heavier lenses.  Cinemilled also mentioned being able to add more weight to the front simply by adding weight to the back of the camera to balance things out.

Update:  I now own a Ronin M.  For more information on setting The Ronin M up with the C300 see here.

I have now have a Ronin M on order, I am going to try mouning the C300 with a few diferent lenses, and if I run into trouble I'll be ordering those Cinemilled tilt extensions.

More info on the Ronin M is here.  And Dan Chung's video is below.

You might also be interested in my MoVI, Ronin, and Helix gimbal comparison. and Easyrig, Serene Gimbal set up.