I don't often get excited when a new bit of kit is released, which is probably for the best, as I'd live my life like some kind of gibbering idiot, since a new peice of kit seems to be released each week these days.

However, I'll admit I was pretty impressed when I saw Small HD has released a new series of monitors.  Small HD have been busy releasing great little monitoring units for years, but these were always on-camera-monitors, and nothing over 7 inches. 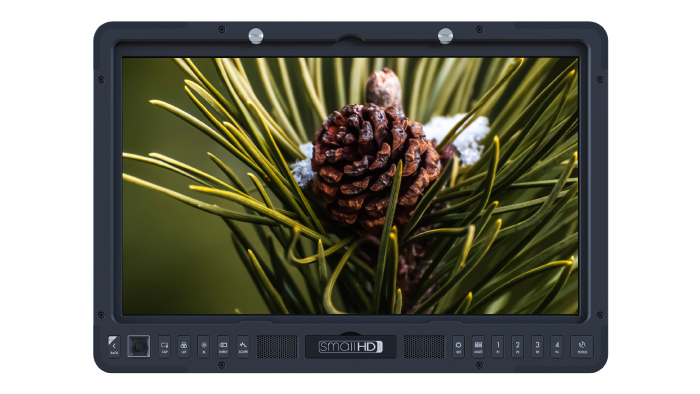 "So what", you might be thinking, "there are loads of monitors out there at this size", and you'd be right, there are.  The big difference with other monitors is that you can't drive over them in a truck or throw them through plate glasss windows. Well, you can, but I doubt they would work afterwards.

They look really nicely designed with good mounting options and also don't look overly heavy as they are very slim.

It's good to see a company like Small HD moving into this space.  Even the 17 inch model would be slightly large for my purposes on lots of jobs.  I travel a lot and ideally would like a director monitor that is as rugged as this one, but slightly smaller.  After all, the monitor is the one peice of kit I put in the hands of directors, and let's face it, you almost expect them to be dragged down a set of stairs by a BNC.  I hope this is just the start for Small HD and that there will be other products like this in the pipeline.