When the Canon C300 was announced there was a collective sigh of disappointment from legions of Canon EOS shooters, who were probably hoping for a camera under 5000 dollars that fixed up some of the issues they had been having shooting with their EOS cameras for the past couple of years.  Maybe expectations got a bit carried away, with rumours flying around about a new camera that shoots 4k at pro res while over cranking etc etc.

However, for those working in TV, used to paying a much higher price for broadcast spec cameras, the C300 looks much more interesting and at a reasonable price point. 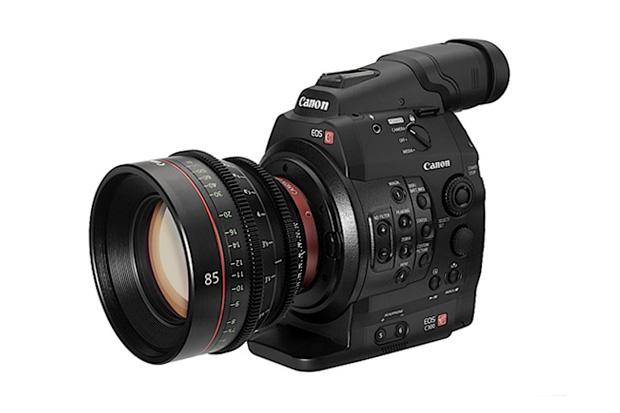 There is a lot that is good about the C300.  Firstly, it is made by Canon, it therefore will work, will be reliable and have plenty of places that will sell it and its accessories (or take it in to be fixed should anything go wrong).  Secondly, if you are already invested in EOS lenses, shoulder rigs, focus units and so on, you can continue to use those tools.  Thirdly, it records with Canon XF 50Mbps 4:2:2 MPEG2 codec.

For people that want to upgrade from the Canon EOS range, the next price step up is the FS100 and the AF100 that solve EOS issues (such as audio and short record clip lengths).  This is not the bracket Canon are aiming at with the C300.  The C300 is priced much higher, and brings it to the same range as the Sony F3 and now the RED Scarlet.

The RED scarlet does have some great credentials on paper - mainly that it shoots RAW 4k footage.  However, the biggest problem from my perspective is work flow. The broadcast world is just not interested in 4k yet and so will not be willing to go through the extra hassle of additional work flow issues.  People working in commercials or in special effects work will be interested in the Scarlet, and for them, the C300s 1080, 422 at 8 bit might not be enough.

So the next consideration is The Sony F3.  Sony is such an established name in the broadcast industry it doesn't need much introduction.  People are used to using SxS cards and they seem to be very solid.  The only real issue I have with the Sony F3 is the fact that it records at 35MBPS unless you go out of the camera to a nano flash.  This puts it out of the considered range of "HD" by some broadcasters.  The Canon C300 records at 50MBps in camera, which is a huge plus.

All in all I think the Canon C300 is a very interesting offering, and will be putting my name on the list as soon as they are launched.